On Saturday, Danielle McClean over at Wicked Local Winchester reported that there have been “mixed reviews” of the decision by the city of Winchester to open the North Reservoir path in the Fells to hikers and dogs.  McClean writes:

[Jim] Gibbons[, the town’s acting water and sewer operations manager,] said the decision to open the North Reservoir path was not backed by the town’s Water Department. He and his colleagues feared opening it up would risk contaminating the water with diseases such as cryptosporidium and coliform bacteria. He said the reservoirs have historically produced clean water. “You don’t want to make it worse and by putting people or dogs in the water you are taking a step toward it,” he said.

Gibbons is concerned about the effect of dogs jumping in the reservoir like in the photo below.

For the opposing view, McClean cites John Shawcross, “a retired water engineer and member of the committee tasked with studying the effects of increased access to the Fells reservoirs.”  Here’s what Shawcross had to say about any risk to the water supply:

So when she points to “mixed reviews”, what McClean is really talking about are differing opinions among experts about what the potential health effects of the decision will be.  McClean talked to one person walking with her kid and her dogs on the North Reservoir path, but we really don’t see the public’s view of the decision reported here. 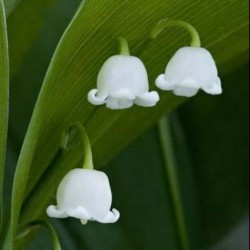 Posted On October 9, 2018 ~ 1 Comment
The last couple of weeks working on the flora project were exciting and sad at the same time. Going on our last couple of hikes…

Posted On September 26, 2019 ~ 0 Comments
Olivia Doherty and Margy Eno are Winchester residents, Girl Scouts, and avid fans of outdoor activities, including hiking through the Fells.  As Girl Scout Cadettes,…